Autocurricula and Emergent Sociality from a Gene Perspective

The competitive and cooperative forces of natural selection have driven the evolution of intelligence for many millions of years, eventually culminating in nature’s vast biodiversity and the complexity of our human minds. In this paper, we present a novel multi-agent reinforcement learning framework, inspired by the process of evolution. We assign a genotype to each agent, and propose an inclusive reward that optimizes for the fitness of an agent’s genes. Since an agent’s genetic material can be present in other agents as well, our inclusive reward also takes genetically related individuals into account. We study the effect of inclusion on the resulting social dynamics in two network games, and find that our results follow well-established principles from biology. Furthermore, we lay the foundation for future work in a more open-ended 3D environment, where agents have to ensure the survival of their genes in a natural world with limited resources. We hypothesize the emergence of an arms race of strategies, where each new strategy will be a gradual improvement in response to an earlier adaptation from other agents, effectively creating a multi-agent autocurriculum similar to biological evolution. Our evolutionary autocurriculum provides a novel social dimension that features a non-stationary spectrum of cooperation due to the finite environmental resources and changing population distribution. It has the potential to create increasingly advanced strategies, where agents learn to balance cooperative and competitive incentives in a more complex and dynamic setup than previous works, where agents were often confined to predefined team setups that did not entail the social intricacies that biological evolution has. We argue this could be an important contribution towards creating advanced, general and socially intelligent agents.

Publication
At the Adaptive Learning Agents Workshop of the 21st International Conference on Autonomous Agents and Multiagent Systems.
MARL Evolution 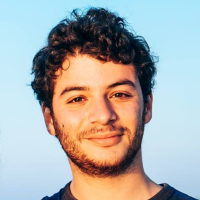